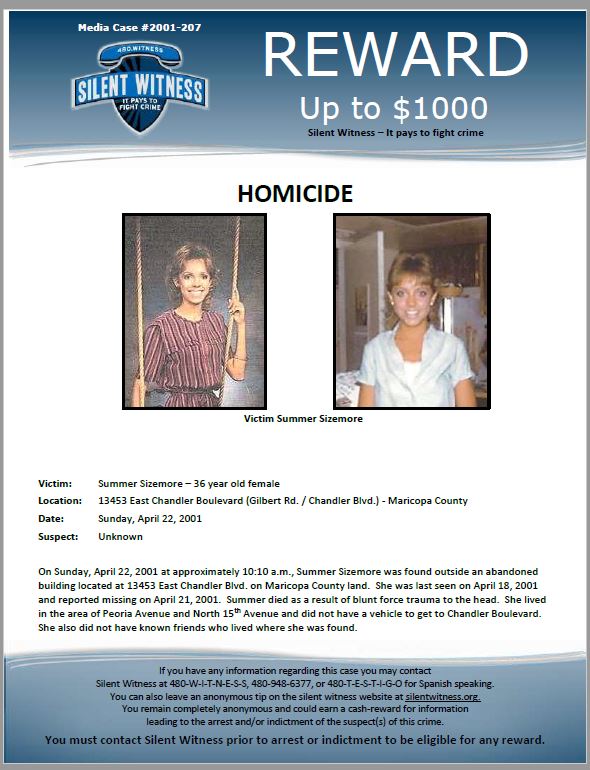 On Sunday, April 22, 2001 at approximately 10:10 a.m., Summer Sizemore was found outside an abandoned
building located at 13453 East Chandler Blvd. on Maricopa County land. She was last seen on April 18, 2001
and reported missing on April 21, 2001. Summer died as a result of blunt force trauma to the head. She lived
in the area of Peoria Avenue and North 15th Avenue and did not have a vehicle to get to Chandler Boulevard.
She also did not have known friends who lived where she was found.