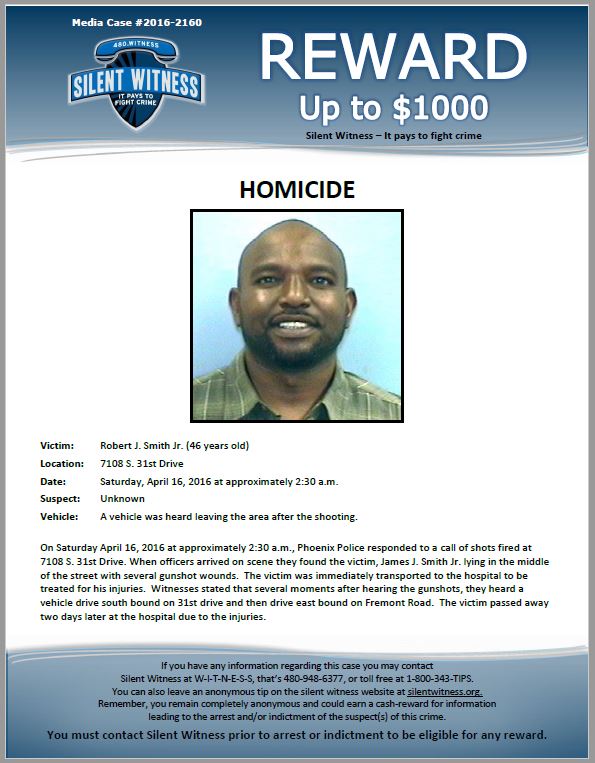 On Saturday April 16, 2016 at approximately 2:30 a.m., Phoenix Police responded to a call of shots fired at 7108 S. 31st Drive. When officers arrived on scene they found the victim, James J. Smith Jr. lying in the middle of the street with several gunshot wounds. The victim was immediately transported to the hospital to be treated for his injuries. Witnesses stated that several moments after hearing the gunshots, they heard a vehicle drive south bound on 31st drive and then drive east bound on Fremont Road. The victim passed away two days later at the hospital due to the injuries.