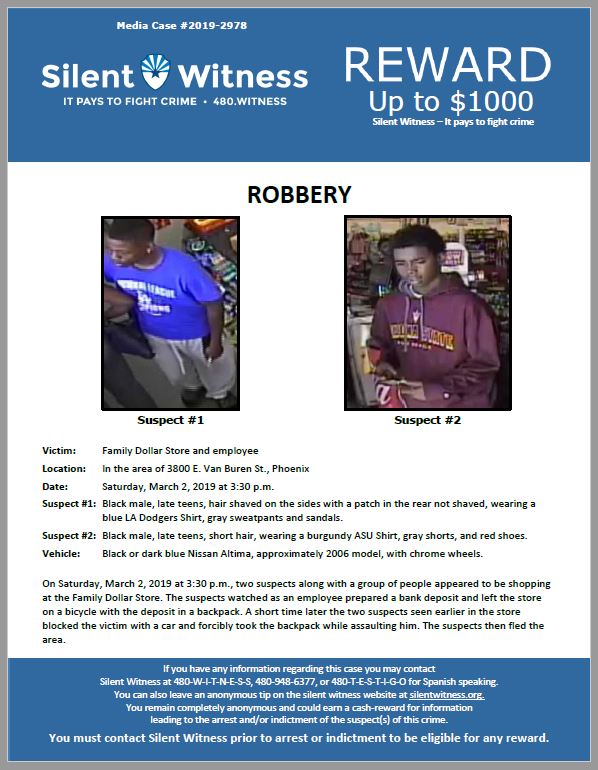 On Saturday, March 2, 2019 at 3:30 p.m., two suspects along with a group of people appeared to be shopping at the Family Dollar Store. The suspects watched as an employee prepared a bank deposit and left the store on a bicycle with the deposit in a backpack. A short time later the two suspects seen earlier in the store blocked the victim with a car and forcibly took the backpack while assaulting him. The suspects then fled the area.