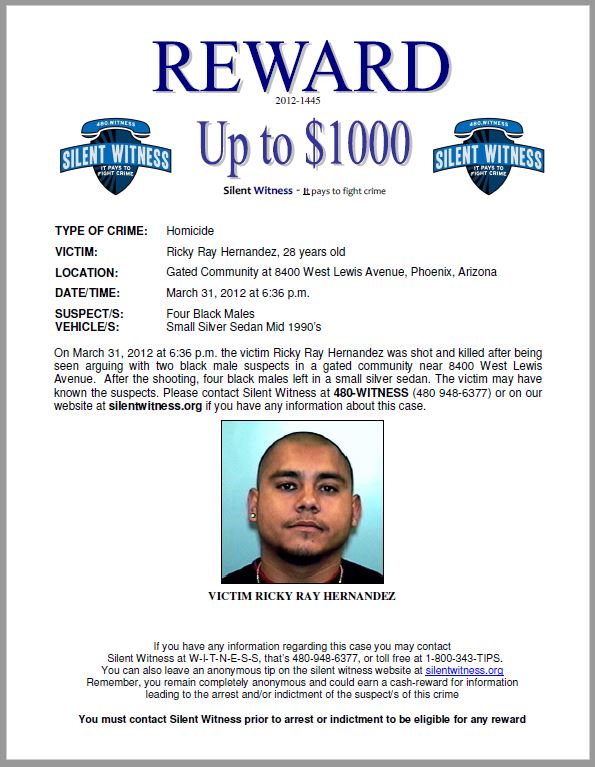 On March 31, 2012 at 6:36 p.m. the victim Ricky Ray Hernandez was shot and killed after being seen arguing with two black male suspects in a gated community near 8400 West Lewis Avenue. After the shooting, four black males left in a small silver sedan. The victim may have known the suspects.