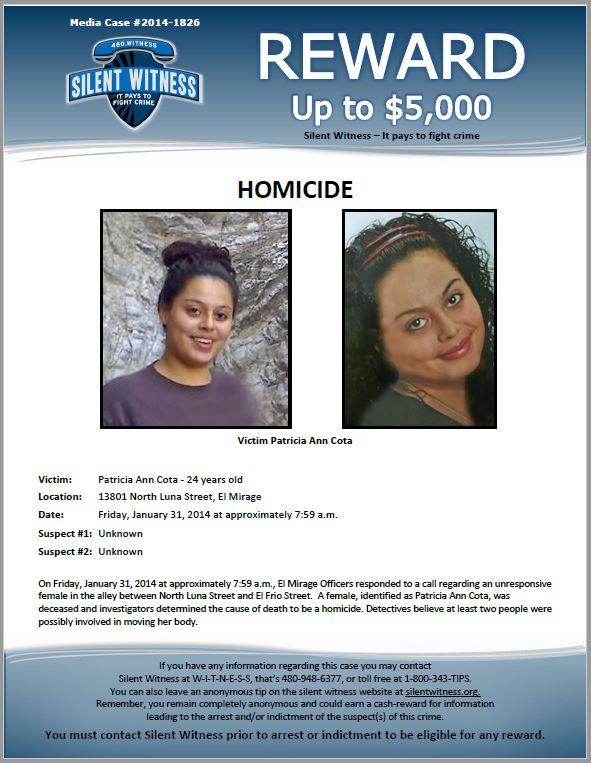 On Friday, January 31, 2014 at approximately 7:59 a.m., El Mirage Officers responded to a call regarding an unresponsive female in the alley between North Luna Street and El Frio Street. A female, identified as Patricia Ann Cota, was deceased and investigators determined the cause of death to be a homicide. The last known person to be seen with Patricia was her boyfriend Jesus Tober. It is believed at least two people were possibly involved in moving her body.