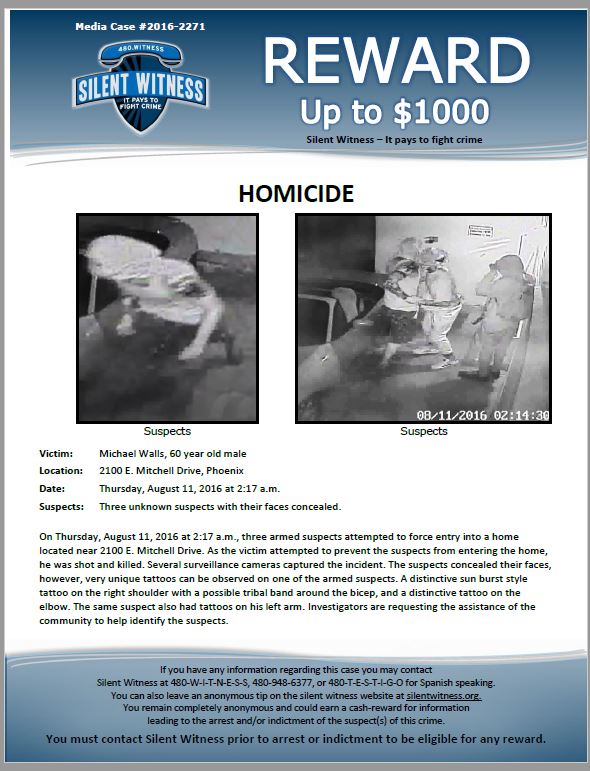 On Thursday, August 11, 2016 at 2:17 a.m., three armed suspects attempted to force entry into a home located near 2100 E. Mitchell Drive. As the victim attempted to prevent the suspects from entering the home, he was shot and killed. Several surveillance cameras captured the incident. The suspects concealed their faces, however, very unique tattoos can be observed on one of the armed suspects. A distinctive sun burst style tattoo on the right shoulder with a possible tribal band around the bicep, and a distinctive tattoo on the elbow. The same suspect also had tattoos on his left arm. Investigators are requesting the assistance of the community to help identify the suspects.