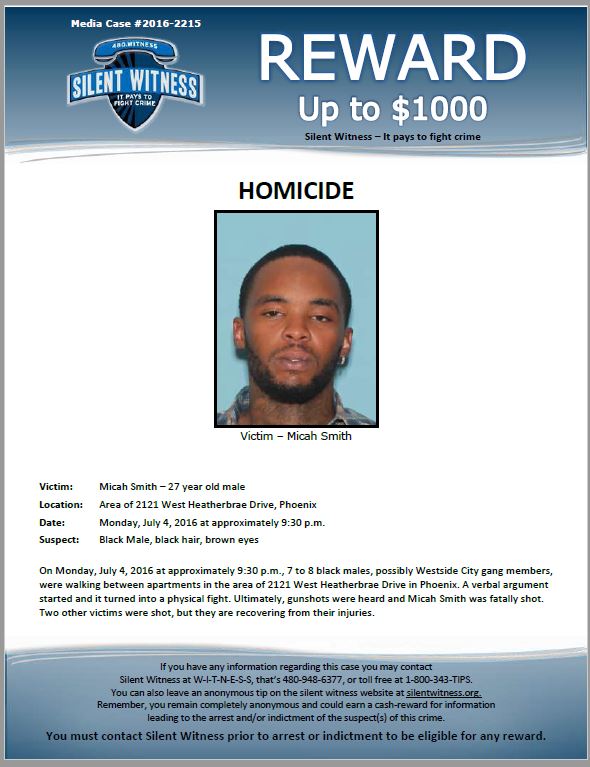 On Monday, July 4, 2016 at approximately 9:30 p.m., 7 to 8 black males, possibly Westside City gang members, were walking between apartments in the area of 2121 West Heatherbrae Drive in Phoenix. A verbal argument started and it turned into a physical fight. Ultimately, gunshots were heard and Micah Smith was fatally shot. Two other victims were shot, but they are recovering from their injuries.