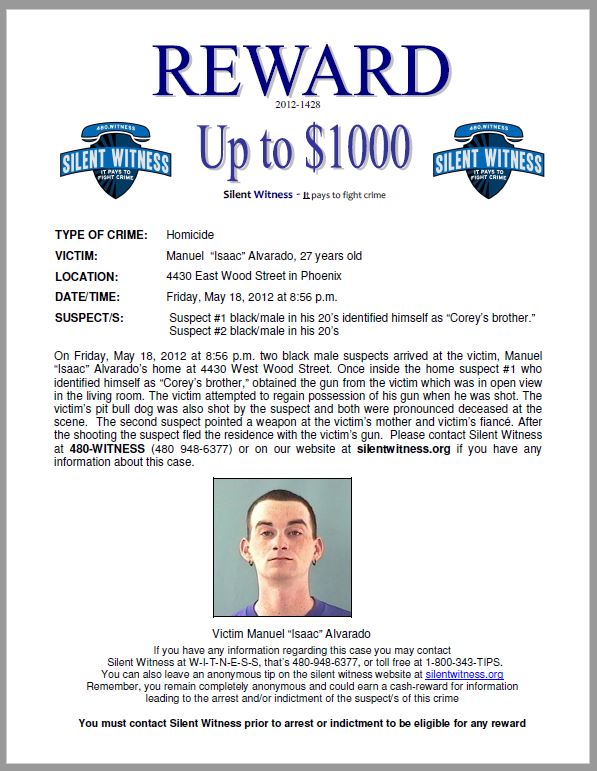 On Friday, May 18, 2012 at 8:56 p.m. two black male suspects arrived at the victim, Manuel
“Isaac” Alvarado’s home at 4430 West Wood Street. Once inside the home suspect #1 who
identified himself as “Corey’s brother,” obtained the gun from the victim which was in open view
in the living room. The victim attempted to regain possession of his gun when he was shot. The
victim’s pit bull dog was also shot by the suspect and both were pronounced deceased at the
scene. The second suspect pointed a weapon at the victim’s mother and victim’s fiance. After
the shooting the suspect fled the residence with the victim’s gun.