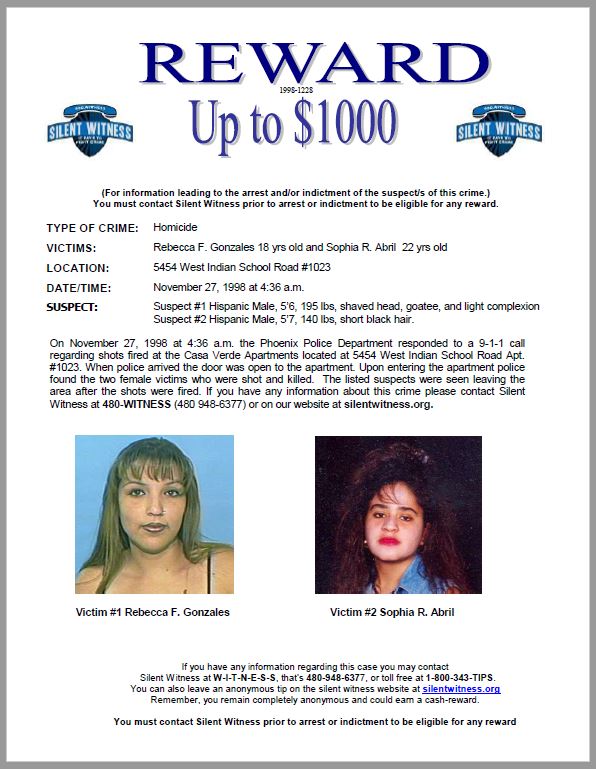 found the two female victims who were shot and killed. The listed suspects were seen leaving the

area after the shots were fired.