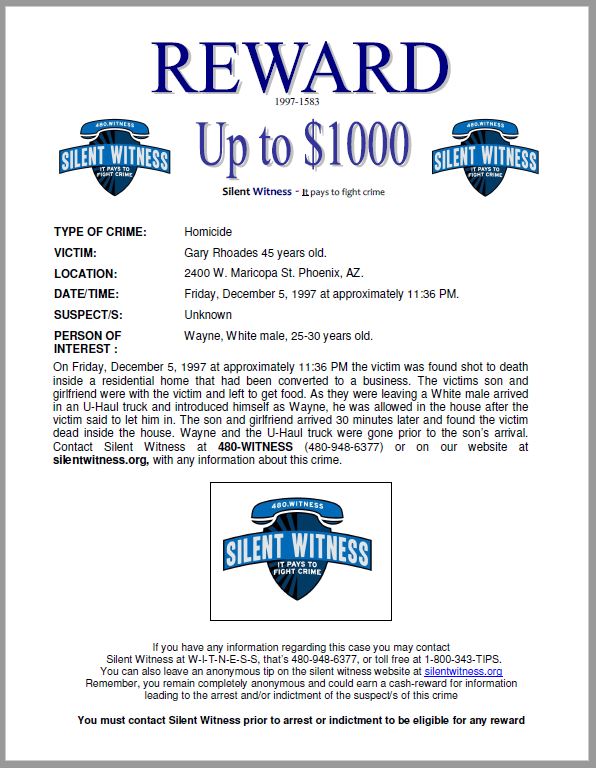 On Friday, December 5, 1997 at approximately 11:36 PM the victim was found shot to death inside a residential home that had been converted to a business. The victims son and girlfriend were with the victim and left to get food. As they were leaving a White male arrived in an U-Haul truck and introduced himself as Wayne, he was allowed in the house after the victim said to let him in. The son and girlfriend arrived 30 minutes later and found the victim dead inside the house. Wayne and the U-Haul truck were gone prior to the son’s arrival.