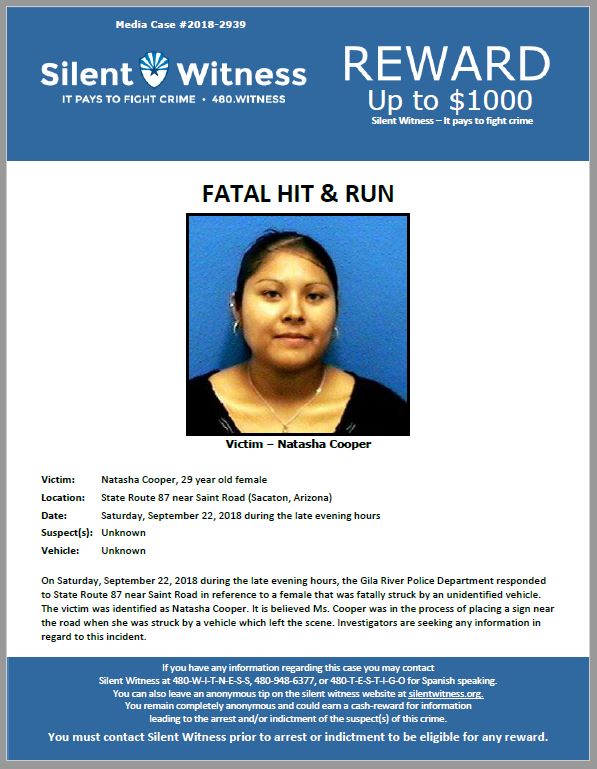 On Saturday, September 22, 2018 during the late evening hours, the Gila River Police Department responded
to State Route 87 near Saint Road in reference to a female that was fatally struck by an unidentified vehicle.
The victim was identified as Natasha Cooper. It is believed Ms. Cooper was in the process of placing a sign near
the road when she was struck by a vehicle which left the scene. Investigators are seeking any information in
regard to this incident.