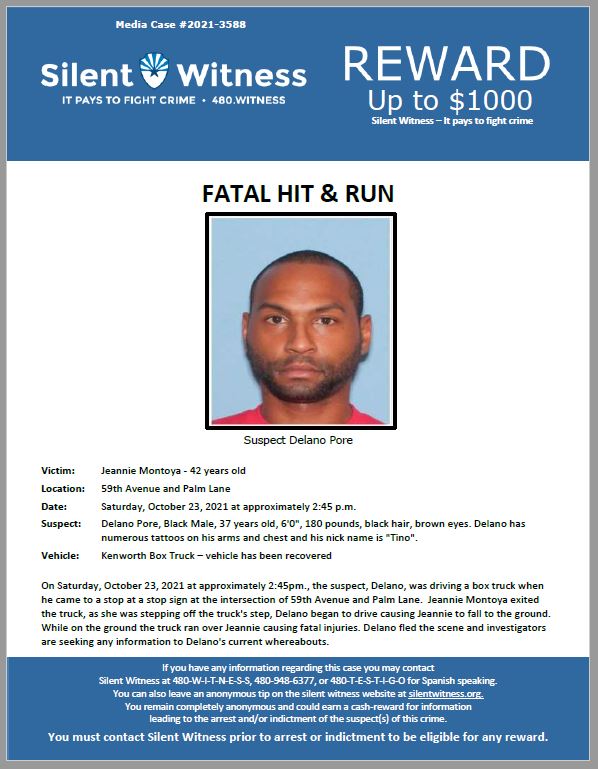 On Saturday, October 23, 2021 at approximately 2:45pm., the suspect, Delano, was driving a box truck when
he came to a stop at a stop sign at the intersection of 59th Avenue and Palm Lane. Jeannie Montoya exited
the truck, as she was stepping off the truck’s step, Delano began to drive causing Jeannie to fall to the ground.
While on the ground the truck ran over Jeannie causing fatal injuries. Delano fled the scene and investigators
are seeking any information to Delano’s current whereabouts.