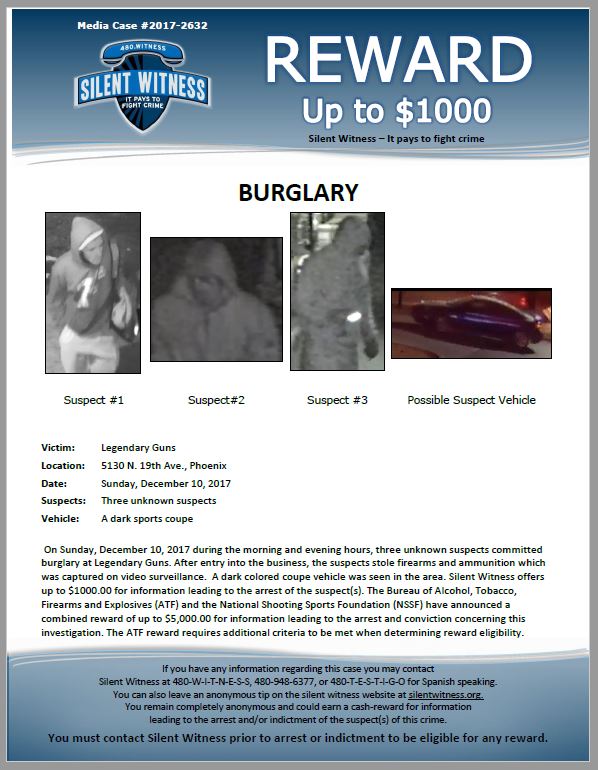 On Sunday, December 10, 2017 during the morning and evening hours, three unknown suspects committed burglary at Legendary Guns. After entry into the business, the suspects stole firearms and ammunition which was captured on video surveillance. A dark colored coupe vehicle was seen in the area. Silent Witness offers up to $1000.00 for information leading to the arrest of the suspect(s). The Bureau of Alcohol, Tobacco, Firearms and Explosives (ATF) and the National Shooting Sports Foundation (NSSF) have announced a combined reward of up to $5,000.00 for information leading to the arrest and conviction concerning this investigation. The ATF reward requires additional criteria to be met when determining reward eligibility.