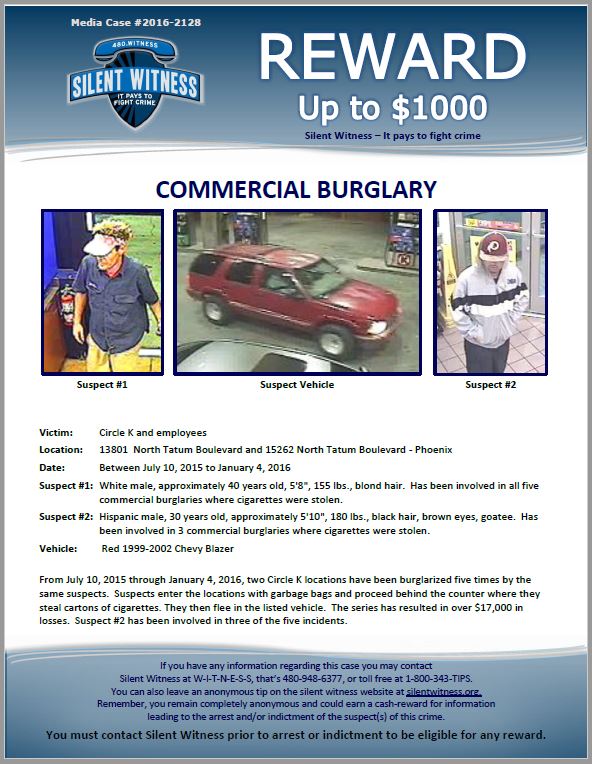 From July 10, 2015 through January 4, 2016, two Circle K locations have been burglarized five times by the same suspects. Suspects enter the locations with garbage bags and proceed behind the counter where they steal cartons of cigarettes. They then flee in the listed vehicle. The series has resulted in over $17,000 in losses. Suspect #2 has been involved in three of the five incidents.