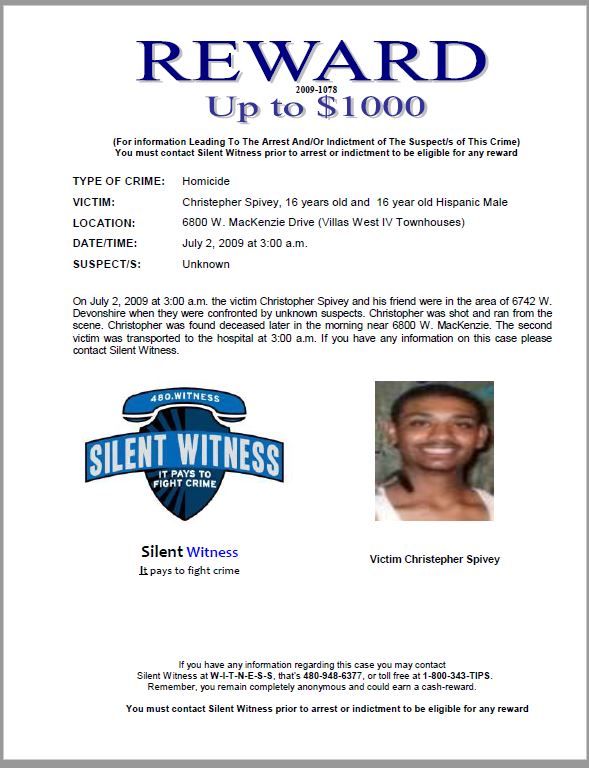 On July 2, 2009 at 3:00 a.m. the victim Christopher Spivey and his friend were in the area of 6742 W.
Devonshire when they were confronted by unknown suspects. Christopher was shot and ran from the
scene. Christopher was found deceased later in the morning near 6800 W. MacKenzie. The second
victim was transported to the hospital at 3:00 a.m.