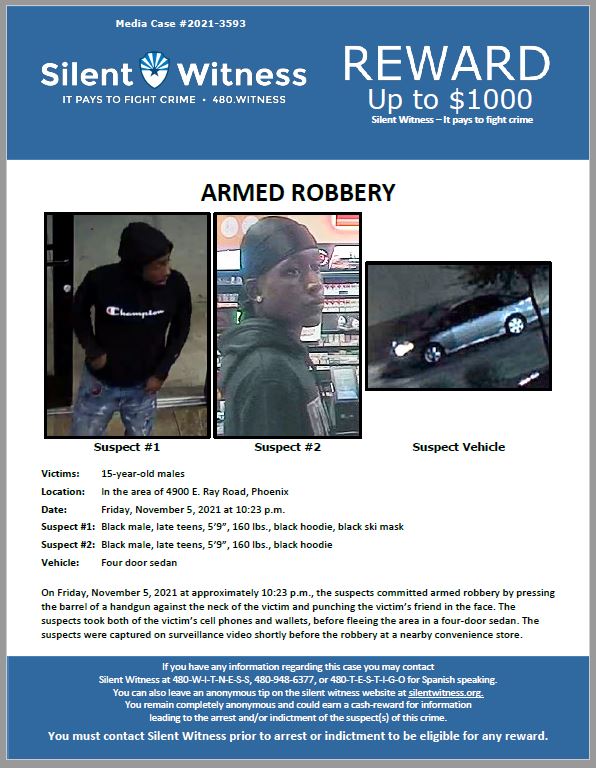 On Friday, November 5, 2021 at approximately 10:23 p.m., the suspects committed armed robbery by pressing the barrel of a handgun against the neck of the victim and punching the victim’s friend in the face. The suspects took both of the victim’s cell phones and wallets, before fleeing the area in a four-door sedan. The suspects were captured on surveillance video shortly before the robbery at a nearby convenience store.