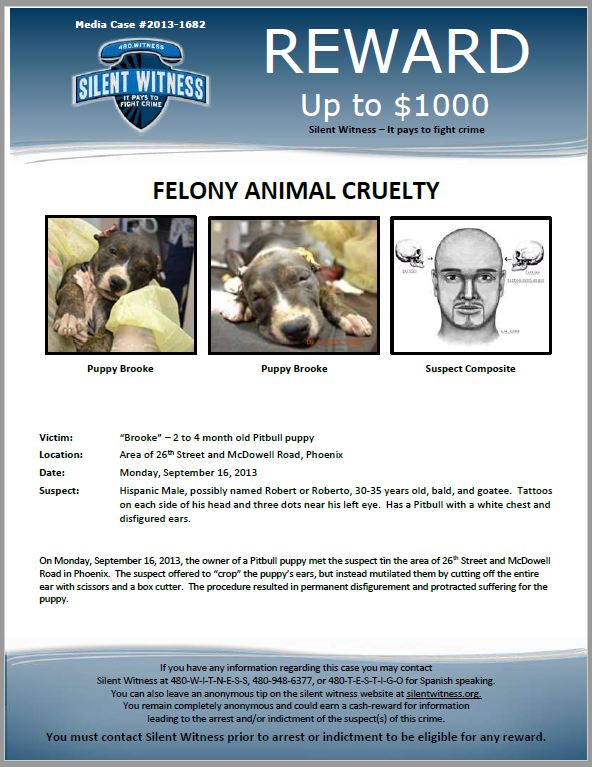 On Monday, September 16, 2013, the owner of a Pitbull puppy met the suspect tin the area of 26th Street and McDowell Road in Phoenix. The suspect offered to “crop” the puppy’s ears, but instead mutilated them by cutting off the entire ear with scissors and a box cutter. The procedure resulted in permanent disfigurement and protracted suffering for the puppy.