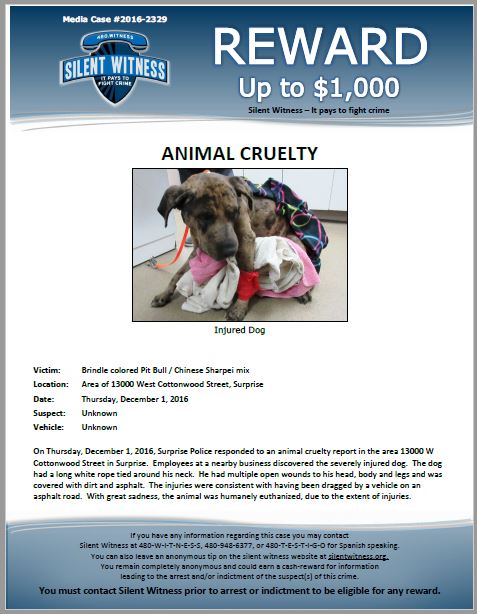 On Thursday, December 1, 2016, Surprise Police responded to an animal cruelty report in the area 13000 W
Cottonwood Street in Surprise. Employees at a nearby business discovered the severely injured dog. The dog
had a long white rope tied around his neck. He had multiple open wounds to his head, body and legs and was
covered with dirt and asphalt. The injuries were consistent with having been dragged by a vehicle on an
asphalt road. With great sadness, the animal was humanely euthanized, due to the extent of injuries.