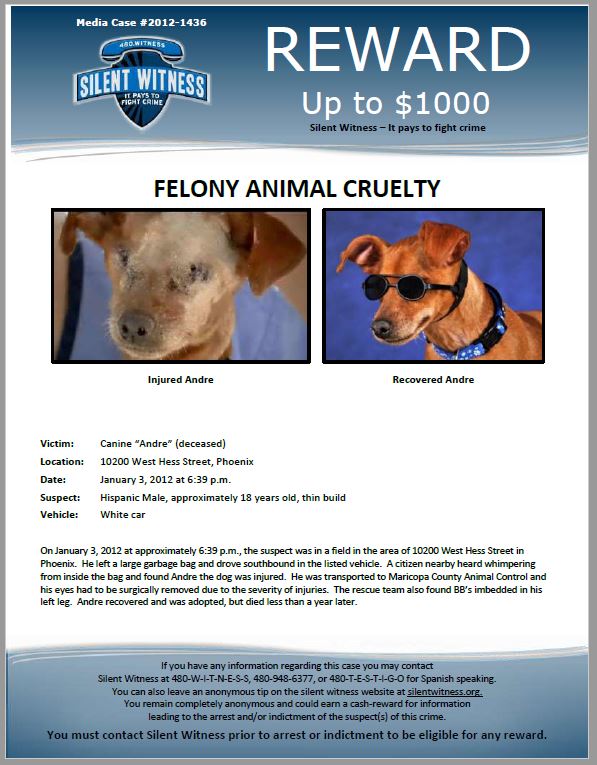 On January 3, 2012 at approximately 6:39 p.m., the suspect was in a field in the area of 10200 West Hess Street in Phoenix. He left a large garbage bag and drove southbound in the listed vehicle. A citizen nearby heard whimpering from inside the bag and found Andre the dog was injured. He was transported to Maricopa County Animal Control and his eyes had to be surgically removed due to the severity of injuries. The rescue team also found BB’s embedded in his left leg. Andre recovered and was adopted, but died less than a year later.