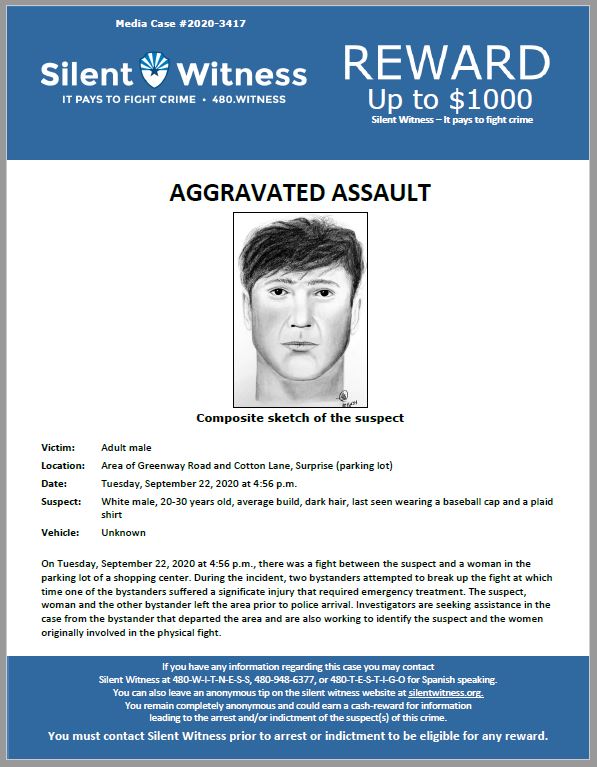 On Tuesday, September 22, 2020 at 4:56 p.m., there was a fight between the suspect and a woman in the parking lot of a shopping center. During the incident, two bystanders attempted to break up the fight at which time one of the bystanders suffered a significate injury that required emergency treatment. The suspect, woman and the other bystander left the area prior to police arrival. Investigators are seeking assistance in the case from the bystander that departed the area and are also working to identify the suspect and the women originally involved in the physical fight.