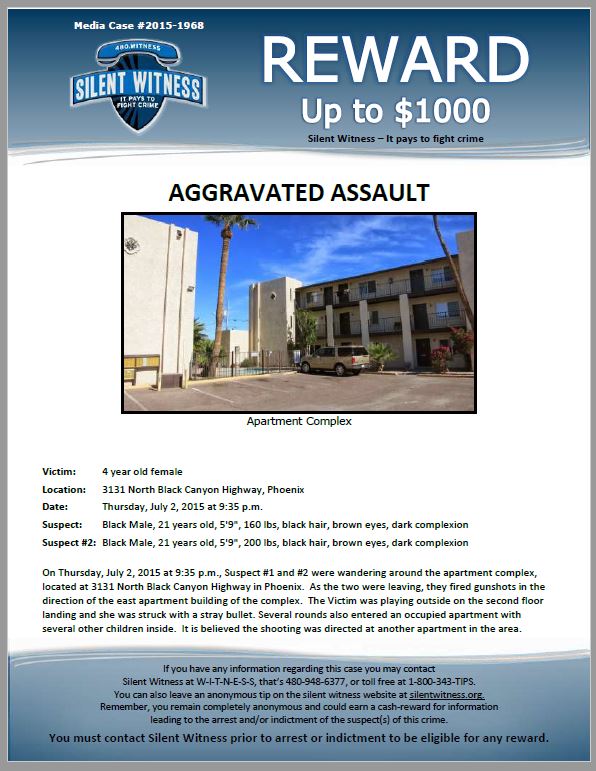 On Thursday, July 2, 2015 at 9:35 p.m., Suspect #1 and #2 were wandering around the apartment complex, located at 3131 North Black Canyon Highway in Phoenix. As the two were leaving, they fired gunshots in the direction of the east apartment building of the complex. The Victim was playing outside on the second floor landing and she was struck with a stray bullet. Several rounds also entered an occupied apartment with several other children inside. It is believed the shooting was directed at another apartment in the area.