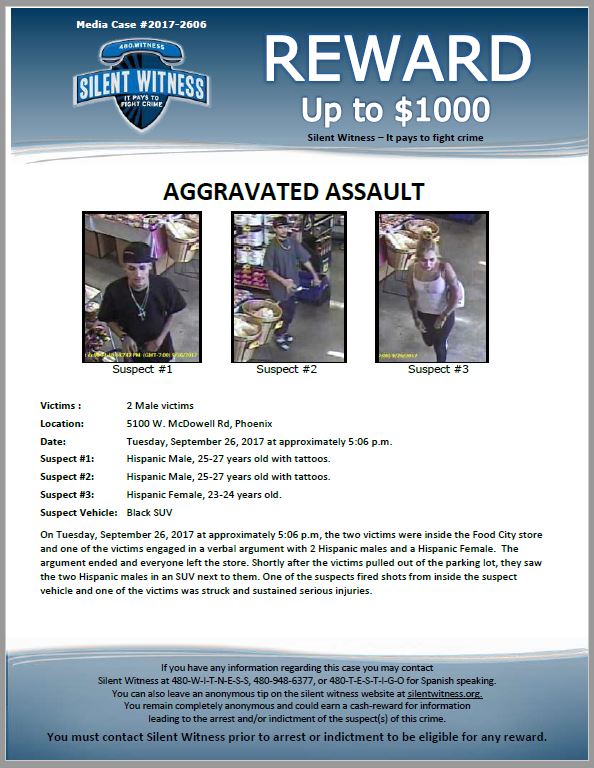 On Tuesday, September 26, 2017 at approximately 5:06 p.m, the two victims were inside the Food City store and one of the victims engaged in a verbal argument with 2 Hispanic males and a Hispanic Female. The argument ended and everyone left the store. Shortly after the victims pulled out of the parking lot, they saw the two Hispanic males in an SUV next to them. One of the suspects fired shots from inside the suspect vehicle and one of the victims was struck and sustained serious injuries.