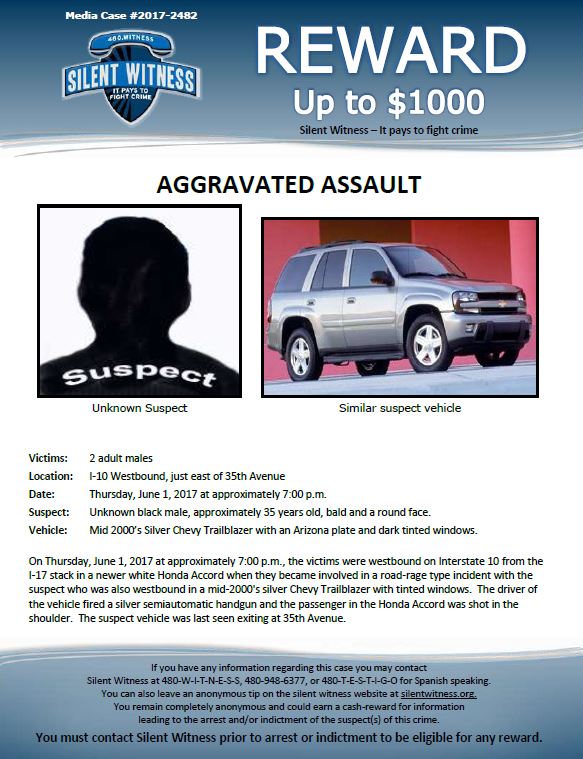 On Thursday, June 1, 2017 at approximately 7:00 p.m., the victims were westbound on Interstate 10 from the I-17 stack in a newer white Honda Accord when they became involved in a road-rage type incident with the suspect who was also westbound in a mid-2000’s silver Chevy Trailblazer with tinted windows. The driver of the vehicle fired a silver semiautomatic handgun and the passenger in the Honda Accord was shot in the shoulder. The suspect vehicle was last seen exiting at 35th Avenue.