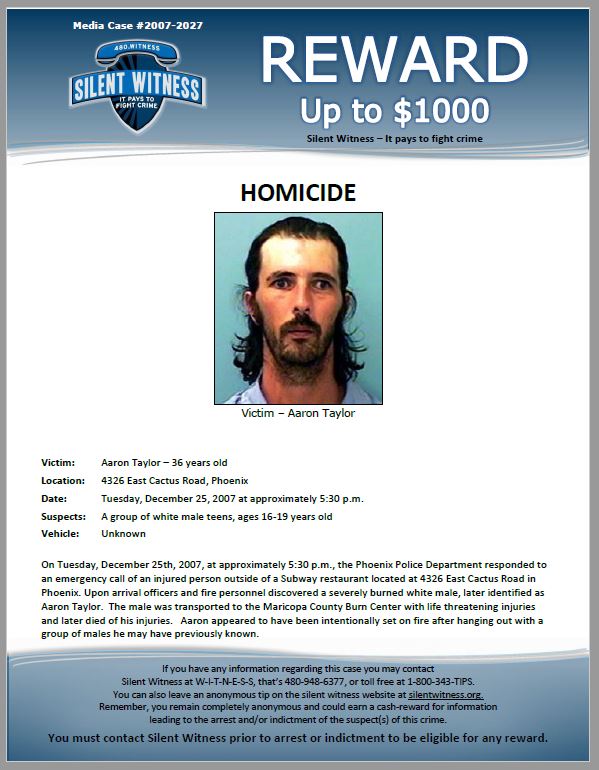 On Tuesday, December 25th, 2007, at approximately 5:30 p.m., the Phoenix Police Department responded to an emergency call of an injured person outside of a Subway restaurant located at 4326 East Cactus Road in Phoenix. Upon arrival officers and fire personnel discovered a severely burned white male, later identified as Aaron Taylor. The male was transported to the Maricopa County Burn Center with life threatening injuries and later died of his injuries. Aaron appeared to have been intentionally set on fire after hanging out with a group of males he may have previously known.