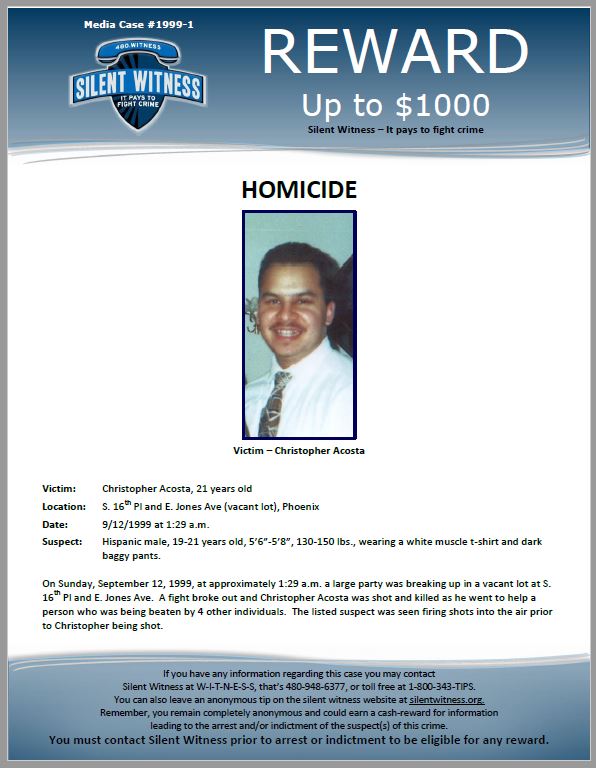 On Sunday, September 12, 1999, at approximately 1:29 a.m. a large party was breaking up in a vacant lot at S. 16th Pl and E. Jones Ave.  A fight broke out and Christopher Acosta was shot and killed as he went to help a person who was being beaten by 4 other individuals.  The listed suspect was seen firing shots into the air prior to Christopher being shot.